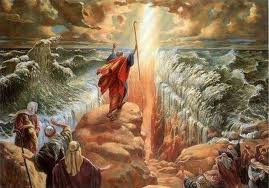 Once again, Obama has publically shown his contempt for the Jewish people and the Jewish state of Israel, and the God of the Bible in the online story from the left liberal Haaretz.

The secularized message that Obama delivered neglected to include the historical religious tone of this very unique Jewish celebration. For religious Jews, Passover is the commemoration of the suffering and bondage of the Jewish people in Egypt, and the miracle of the Exodus by God himself.   Obama insults and reinvents the Biblical Passover story recorded in Exodus 12:1-14,  known by Bible believing Christians to have been fulfilled by Jesus Christ, Galatians 3:29,  where the children of Israel were led by Moses, Exodus 3:7,  and  delivered from the bondage of slavery and repression  from the pharaoh of Egypt, saying that the story of Passover applies to the "modern stories of liberation" in the Middle East associated with the muslim uprisings.

Nothing could be further from the truth.   For one thing,  the Middle East states Obama is talking about are all muslim  enemies of Israel, which are attempting to overthrow their own repressive totalitarian regimes,instigated by The Muslim Brotherhood,  as well as destroy Israel, which has no comparison to Israel or their Biblical Passover,  where the Lord delivered  the Jews  from these same ancient  enemies.

Obama said of the sacred  Passover:

"This year, that ancient instruction is reflected in the daily headlines as we see modern stories of social transformation and liberation unfolding in the Middle East and North Africa."

What is the ancient instruction that God gave to the children of Israel? See  Exodus 12:14

One talk back comment, in a rebuttal to Obama’s statements, put it this way.


The Arabs are still wandering in the desert and there is no sign of the promised land or democracy. They need a Moses.

Jesus came to atone for the sins of all mankind. To the Jew first, and then the Greek. Those who do not accept the free gift of salvation by God's grace through faith in Jesus Christ will be eternally lost. Click on picture for more…..

Geert Wilders On Hannity: Why You Must Support Israel (Video) Listen to Geert Wilders, a genuine political hero from The Netherlands, who knows more about the American Constitution and Islam than most congressmen or women in Washington, and who has been a marked man for death by Islam for ten years speak of the true nature of Islam and why you must support Israel in this short video clip on Hannity. May God continue to bless Geert Wilders and preserve him and watch over him for telling the truth, as He does Israel. Psalm 40:11 More at LINK with large screen

IDF Chief: Other Countries Are Ready For Potential Strike On Iran's Nuclear Sites-Jeremiah 49:34-39

Report: Iran Prepares Its Submarine Fleet For Blockade Of The Strait Of Hormuz

How Much Land Did God Give Israel In The Abraham Land Covenant?

You won't want to miss this amazing video. Calamity Upon The Earth In Three Months,2012, when put together and seen on video, reveals with certainty that something very unusual is happening upon the earth, and will undoubtedly convince the most skeptic amomg us that the end of days is upon us. Large screen here

Watch It Here In Over 1,000 Languages 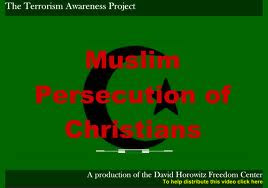 Israel Feast Days, Blood Red Moon And The Coming Of The Lord 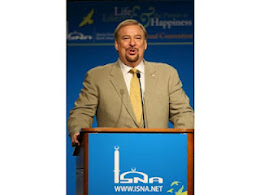 ISRAEL IN BIBLE PROPHECY-DANIEL 12:7 PROPHECY- TIME, TIMES AND AN HALF

I stumbled upon this amazing teaching video wherein the commentator from Israel In Bible Prophecy explained the meaning of Daniel 12:7 that I doubt many Bible believing Christians have heard before so I thought I would share it with all of my viewers. More

All Time Most Popular-OVER 10,000 VIEWS IN LESS THAN A YEAR

IS THE 'PRE TRIBULATION RAPTURE' 'IMMINENT?'

THE RESTRAINER OF 2 THESSALONIANS 2:7

By Randy Maugans of The Threshing Floor 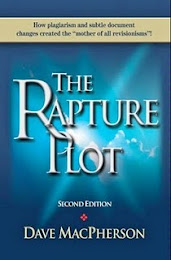 The Palestine Mandate With Animated Maps

How Did It All Start?

Miss Luci In Her Playroom

LET EVERYTHING THAT HAS BREATH PRAISE THE LORD

Toni
What I love most about myself is that God still uses me inspite of my little physical size. He can use anyone or anything. I sometimes have had the luxury of sitting behind my desk, with my Master, at my computer to sound off and bark at all the short-comings I perceive about other barkers in the world around me. However, there comes a time when I had to pick up my cross and go out and be a doer of the Word, Keeping myself in the love of God, looking for the mercy of our Lord Jesus Christ unto eternal life. And of some have compassion, making a difference; And others save with fear, pulling them out of the fire.....Jude 21-23